Lendlease has announced the signing of Four Quarters – London’s first ‘arcade bar’ – at the latest phase of the £2.5 billion Elephant Park regeneration.

The brand will be taking its biggest space yet, a 3,268 sq ft unit on Ash Avenue, Elephant Park’s emerging F&B, lifestyle, and leisure precinct, that directly overlooks the destination’s new 2-acre park. The unit has been designed in-house and is set to launch in August, delivering an extensive collection of arcade games, with Four Quarters specialising in restoring original machines. 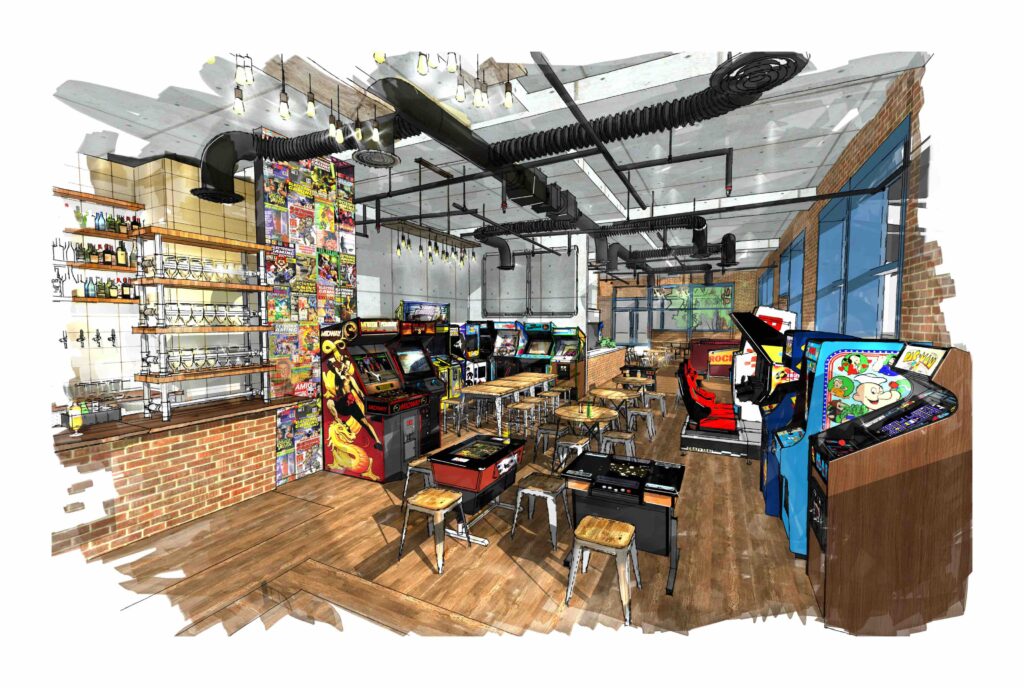 Four Quarters was established in 2014 with the first arcade bar opening in Peckham, and it has since launched a second unit in Hackney Wick. More than 30 original arcade games will be on-hand at the Elephant Park site, from the early 80s up to the 2000s, including the likes of Street Fighter II, Pac Man, and Space Invaders. There will also be 8 vintage console booths and two large screen projection gaming areas, and even video game screens built into the walls that can be played from booths outside.

The brand’s latest outpost will also include a high-quality bar and kitchen, working with local breweries to offer more than 16 craft beers on draught alongside classic cocktails, and serving diner-style classics.

Guy Thomas, Head of Place Assets at Lendlease, commented on the signing, saying: “Elephant Park is coming together as a complete, community-led destination – we are aiming to create a place where new and existing residents of Elephant & Castle will find something to enjoy. Four Quarters know the south London audience well and will pick up on the growing demand for competitive socialising concepts, whilst tapping into the sense of nostalgia that appeals to all generations.” 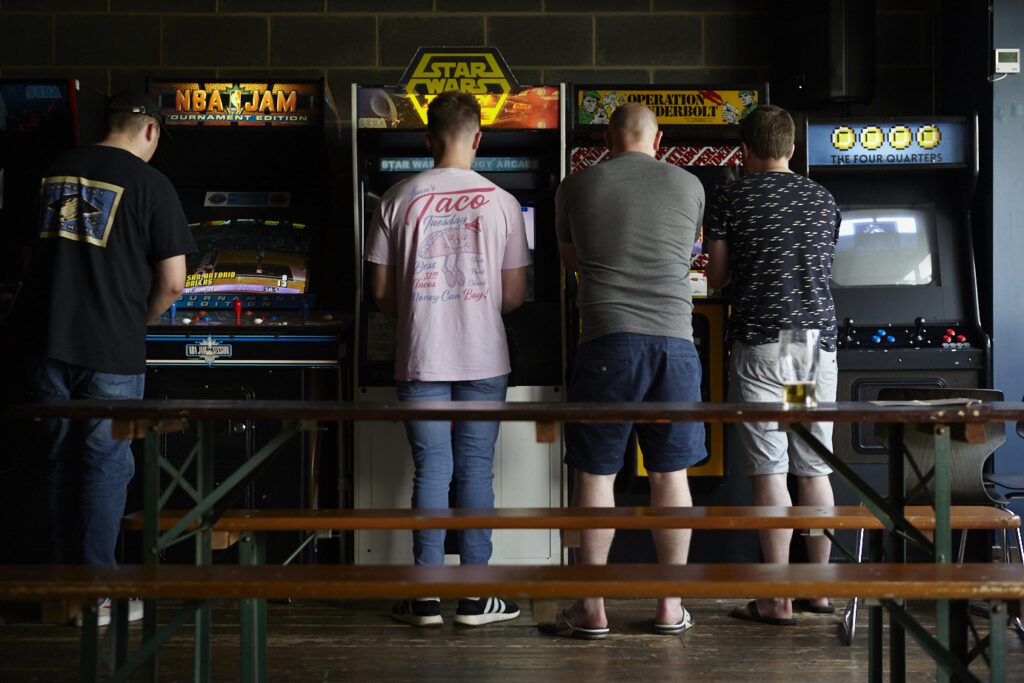 Marc Jones, Co-founder of Four Quarters, added: “We are very pleased to have signed at Elephant Park; the perfect local destination within which to expand our offer. Four Quarters brings the nostalgia of arcade gaming with a top-notch selection of locally-sourced craft beers and bespoke cocktails, something we are certain Elephant & Castle’s new and existing community will adore – exactly the kind of fun we all need given the year we’ve all had!”