After months of preparation, Efteling has begun construction of its newest accommodation offering, Efteling Grand Hotel. Over the past few weeks, around 10,000 m3 of sand has been excavated behind Efteling’s main entrance, the House of the Five Senses. In the coming days, 380 pylons totalling 6 kilometres in length will be drilled into the ground, over which 2,500 m3 of concrete will be poured to create the building’s foundations. The construction of the largest hotel within the World of Efteling also marks the start of a new area at the main entrance: the Island of the Five Senses. Efteling Grand Hotel is expected to open in 2024. 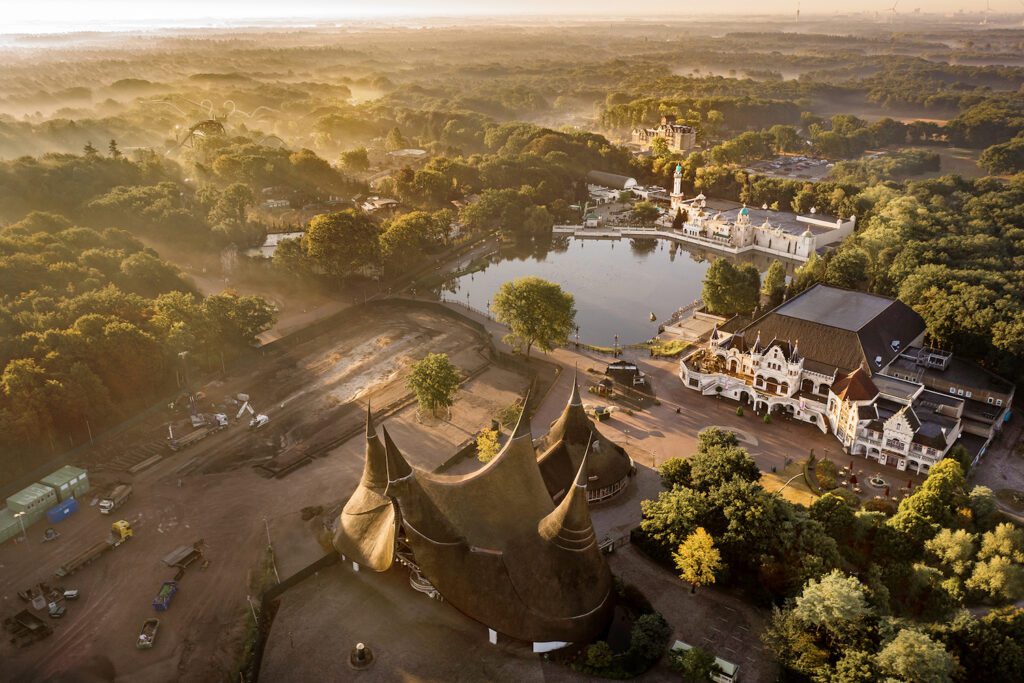 Island of the Five Senses

Efteling Grand Hotel is the first accommodation to be located within the park’s borders. The building will have a unique and prominent position in the square near the House of the Five Senses, the park’s main entrance. In line with Efteling’s vision, this entire area will be redeveloped. The new Island of the Five Senses will act as the cover of a book, marking the beginning and end of all visits to the heart of the World of Wonders. The square between the main entrance and the new hotel will form a pleasant verdant retreat for both hotel guests and park visitors. Walking across the square, trees, shrubs and perennials give way to reveal more and more of the new hotel. The 9-metre high and 16-metre-wide arcade will form an impressive entrance for guests who enter the park.

The hotel’s concept is an ode to Efteling, where past and present will come together. For Sander de Bruijn, head designer, this was the focus of the design: “For Efteling Grand Hotel, I was partly inspired by one of the smallest scenes in the park: The Golden Goose. Designed by Anton Pieck, this tableau was placed on Anton Pieck Plein in 1958. The clock and the decorative ornamentation of the interior of The Golden Goose is reflected in the facade of Efteling Grand Hotel. As the hotel develops, visitors will also see this inspiration in the floors and colour palette.” 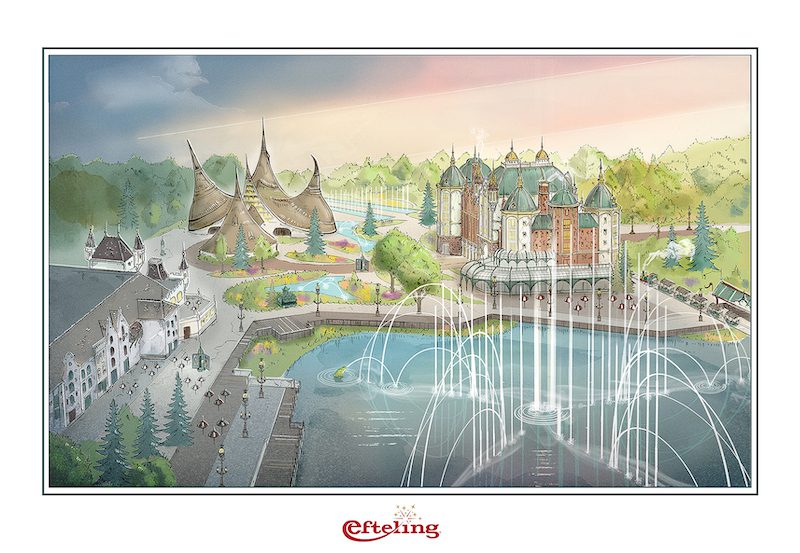 The largest hotel within the World of Efteling will stretch across seven floors and will be 106 meters wide. Efteling Grand Hotel will have 143 rooms and around 700 beds. In addition, the new hotel will have a swimming pool and spa, two restaurants and two souvenir shops with a total area of 450m2. The shops and restaurants will be accessible to both hotel and park visitors.