Opening in 2021 as the first mixed-use development of its kind in the City, Pan Pacific located opposite Liverpool Street Station, promises to combine world-class architecture, hospitality and design to encourage a new generation of guests to make the City of London their home away from home.

Designed by PLP Architecture, the practice behind some of the world’s smartest and most sustainable buildings, Pan Pacific London represents an unprecedented leap in both creativity and quality – in which PLP Architecture are facing the challenge of transcending the pre-existing standards of luxury and elegance that the Pan Pacific Hotels Group is renowned for. A unique addition to the city’s skyline, the 43-storey bronze tower consists of 160 private residences, a luxury hotel and a public plaza animated by One Devonshire House, a separate space and mix of retail offerings, a destination restaurant and cocktail bar. 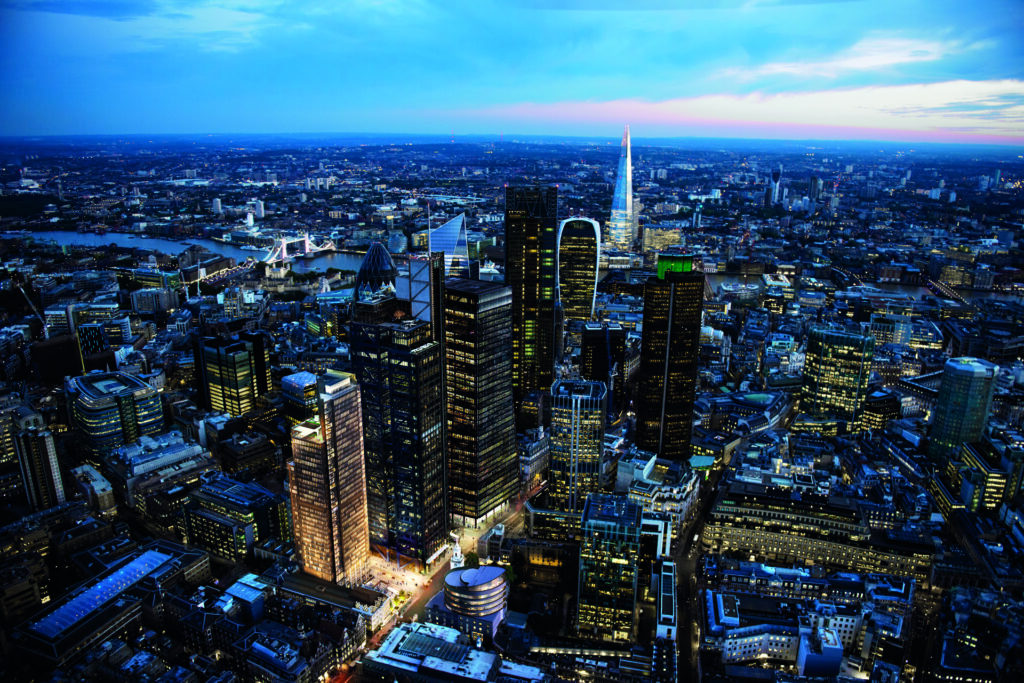 PLP Architecture’s vision is to balance a design that is sensitive to the Asian heritage of the brand whilst creating an ultra-modern, timeless hotel and complex that challenges conventional architecture.

This ethos is manifested in the welcoming feel of the hotel’s entrance design, which echoes the geometry, patterns and shapes of the 43- storey tower, inviting guests and the local community into the space. 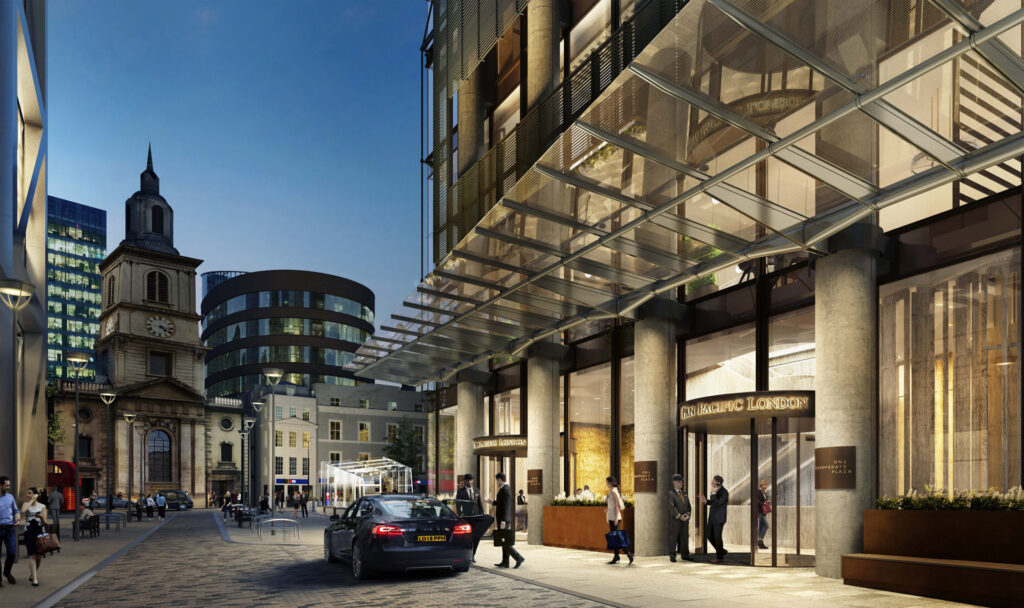 Above, in the tower, the anodized aluminium bronze coloured brise-soleil acts as a textural screening device, which allows the hotel’s appearance to change and morph throughout the day and into the night as light and shadow shift vary, whilst providing aesthetic sophistication and contrast to the adjacent Salesforce Tower’s more solid form. The expansive glass panes and striking steel columns ensure the tower’s dramatic exterior design stands tall against the skyline. 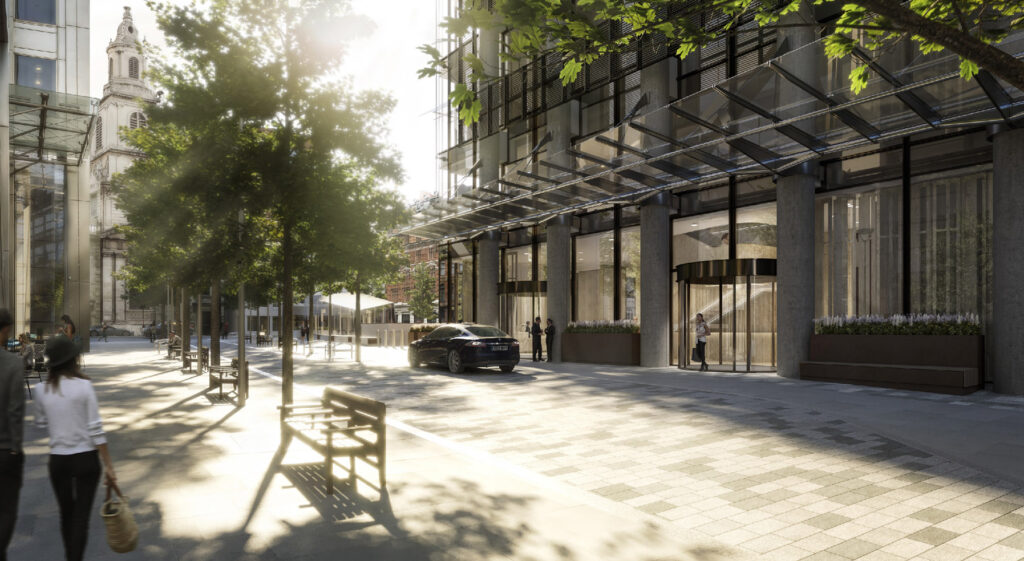 The fusion of fashionable Chinese architectural sensibilities is showcased in its exterior high-tech ‘skin’, relying on hierarchical symmetry and balance, pressing the multiple programmatic divisions while maintaining a cohesive exterior language. Its form steps back as it rises to allow for an uninterrupted view of the Tower of London from Queen’s Walk at City Hall, and also providing terraces and other amenity spaces for residents and guests.

As the tower wall reaches the ground, its hemline raises and lowers in order to accommodate lobby volumes, entrance canopies, and other ground-level features.

Connecting directly to a public plaza from the landmark tower is Devonshire Row, arranged to generate engaging interstitial spaces such as One Devonshire House and a glass pavilion, housing an elevator and lift to take guests down to the events space. The mixed-use development knits hotel, office, and retail components with outdoor public space and gardens. The architectural diversity of the site emulates these varied elements and the use of stone, glass and metal finishes provide a rich materiality. 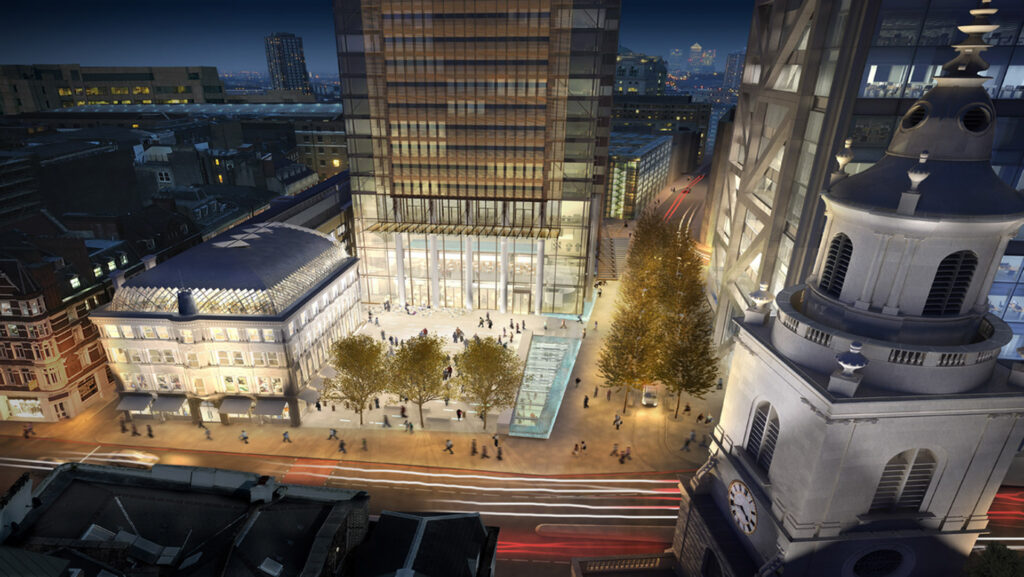 The development responds sensitively to the area’s architectural fabric and provides visitors with the full range of amenities expected by international travellers. The expressive, stone and brick facades of Devonshire Row engage the neighbourhood at the street level while the project’s powerful architectural form in the tower complex embodies the dynamism of modern-day London. 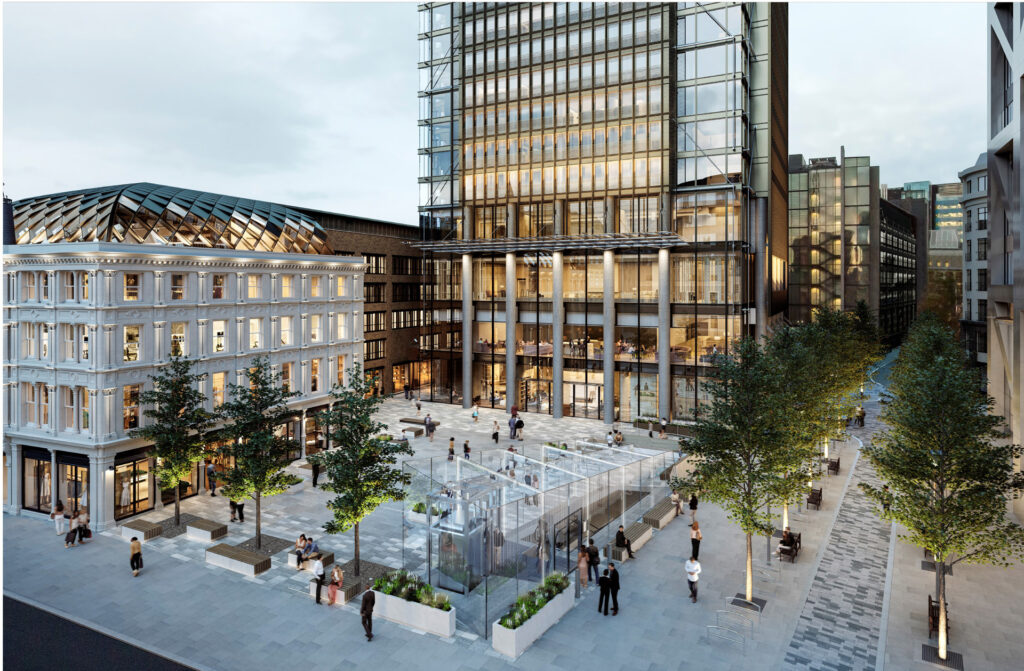 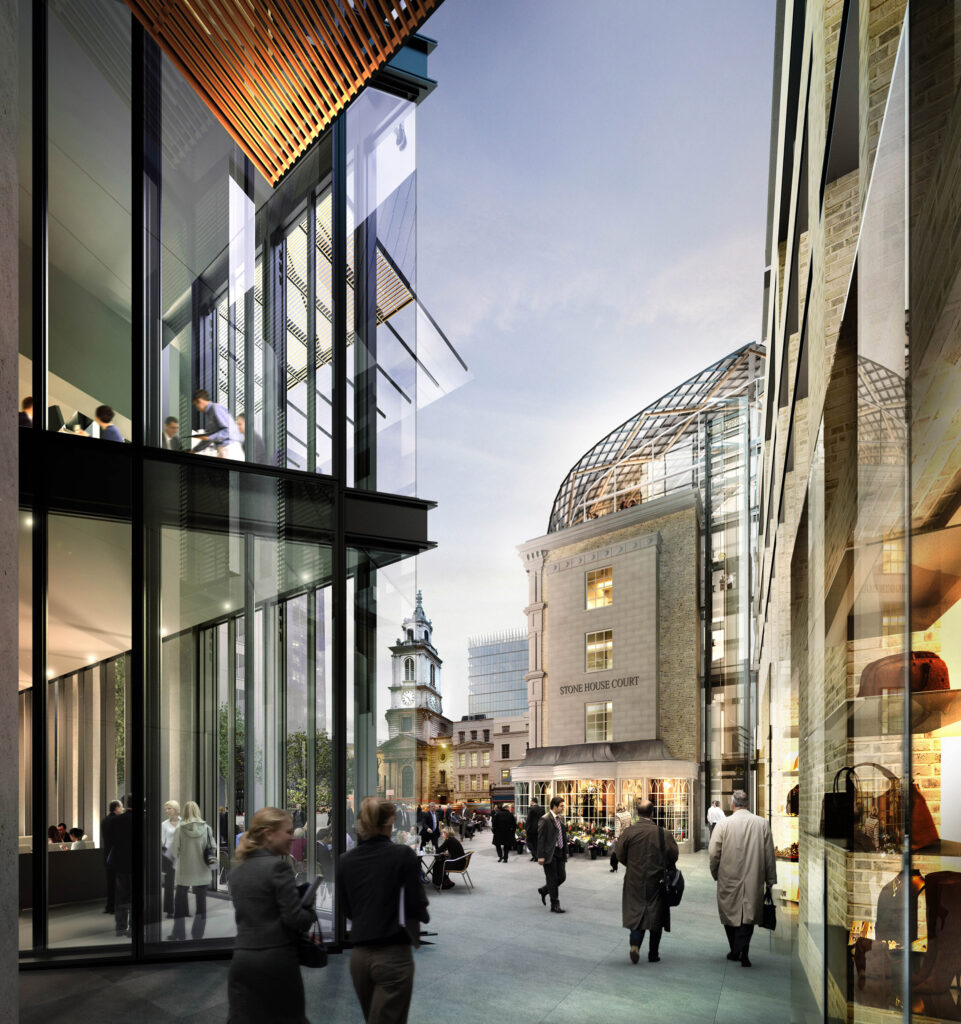 An additional level of character is created through Devonshire House’s listed façade – a timber three bay windowed shop front, spot listed prior to the partial demolition of the building. Preserving some of the site’s rich history, the listed façade is relocated to a new elevation facing the tower. For the rest of Devonshire Row elements are being repaired using traditional timber craftsmen, recreating the existing frontage using all of the original materials, including bath stone and pink granite columns.

Sustainability lies at the very heart of Pan Pacific Hotels Group and encompasses every aspect of the organisation, from the group’s values, to the architecture and design of the properties, and the operations of every hotel.

At Pan Pacific London, PLP’s sustainability philosophy is entrenched within every detail of the project. A mix of 42 native wildflowers and some sedum species populate levels 34 and 42 – 44, protruding above the structure’s rooftop, seeking to create a sense of continuity between the tower and the outdoor public spaces and gardens on the ground floor.

PLP included green roofs in the Sustainability Brief in line with BREEAM requirements with the purpose to encourage urban biodiversity and cut carbon emissions from energy use by improving building insulation, reducing local flood risks and enhancing air quality. PLP are working closely with design partners and ecologists, to plant and maintain habitats that really enhance biodiversity.

Mark Kelly, Partner at PLP Architecture, comments “Our architectural process can only be defined by taking into consideration modern parameters, understanding the essence of the area and conceiving its future. These notions imply guaranteeing the highest quality materials with a sustainable architectural design that stands the test of time. We want to embrace the City’s holistic goals of becoming a 24-hour destination for meeting, living, working and exploring. One of the biggest challenges is to create spaces that will be so inviting that they entice the local office community during the week and also the marketgoers and urban explorers at the weekends. Through a synthesis of indoor and outdoor spaces that are multi-level, mixed-use and green, we will effectively achieve this.”

Anne Golden, General Manager at Pan Pacific London says, “PLP has earned a reputation for developing award-winning projects and we are proud to be adding yet another iconic development to the London city skyline in a highly coveted location, which will raise the bar of integrated development and city living with unparalleled five-star hospitality services. With the goal of reinventing the hospitality landscape in the City, PLP Architecture’s creation, in collaboration with interior design firm Yabu Pushelberg, offers a distinct and compelling complex that synthesises local and international design inspiration, whilst extending and enhancing the character of the City’s business district.”

Spanning 52,811m², Pan Pacific London is located in One Bishopsgate Plaza. Representing a number of firsts for London, such as being the first tower development in the City of London to harmoniously fuse private apartments with a luxury hotel, PLP Architecture’s collaborative approach with Yabu Pushelberg and developers UOL and Stanhope ensures the delivery of an integrated and seamless design at every level of building, helping to bring to life a bold, emblematic and creative new embodiment of urban expression for the capital. 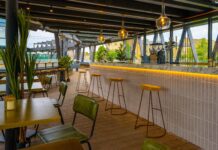 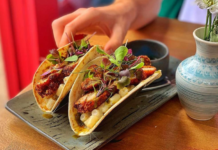 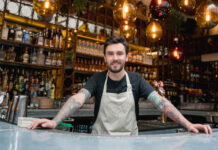 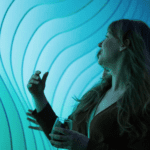